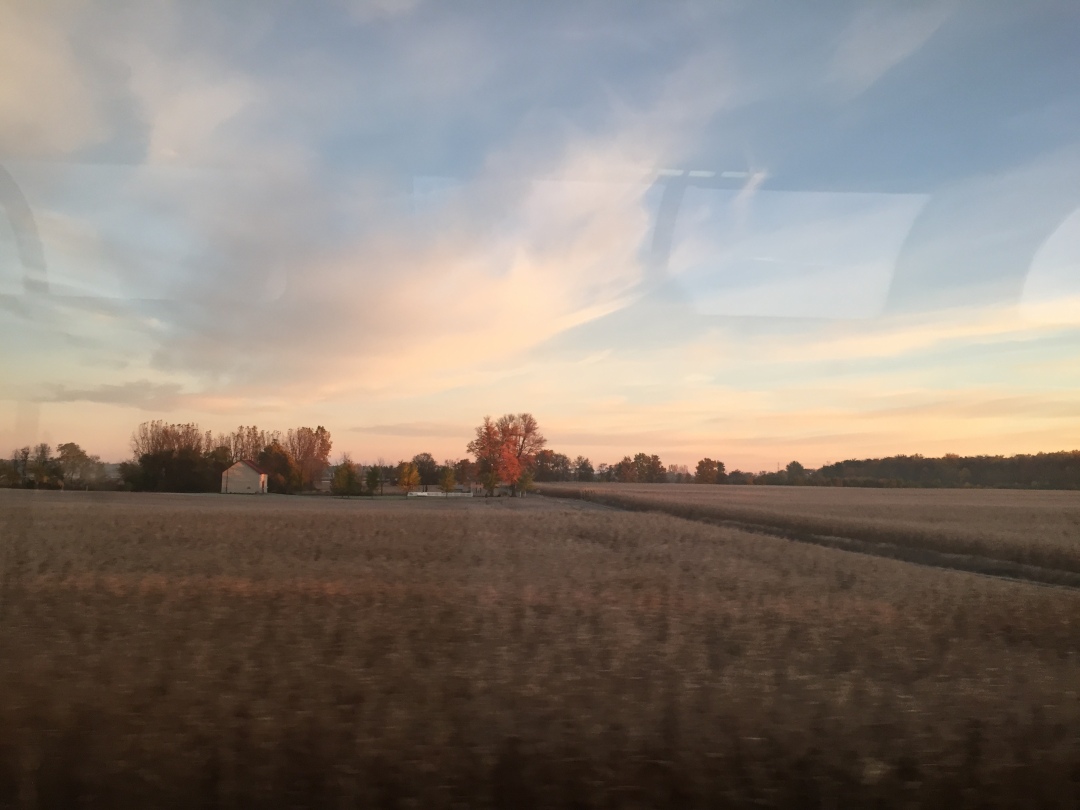 The Little Engine That Couldn’t (Coding By Train: Leg 3 Chicago to Denver)

Our train arrived in Chicago an hour late (a pattern that I’d soon learn is quite common). I can;t say anything about the city itself, as I never left the train station. From the ride into the Windy City, I was only able to make a single assessment: the place looks massive. Without a decent public transit system, I couldn’t imagine trying to make my way around.  I walked through the food court to see what local food I could sample. I now understand why vendors offering local fare are present in airports and train stations. It’s not cheesy tourism. For some travelers, it’s a close as they’ll get to the city. I’ve always had the luxury of time in the past to explore but when the forces of time are against you, you settle for the depot hot dog stand.

By 10am, the station was filling up with Bears fans making their way to the stadium. The long line at my departure gate was comprised mostly of Cornhusker fans coming back from a victory over Northwestern. They have long memories, including the loss to the Yellow Jackets in the 1991 Citrus Bowl (during my glorious freshman year)  We shared a laugh about how every football program has a Voldemort in its history, that coach who inflicted so much damage that they’ve earned the title of He Who Shall Not Be Named. This was confirmed by the t-shirt of one fan listing the coaching lineage from Devaney to Pellini with one redacted. (Interestingly enough, both school’s Voldemorts are named Bill).

It wasn’t long before I realized that I was aboard the Little Train That Couldn’t. Two hours outside of Chicago, the train stopped and we had to wait for another engine to complete the journey. Conspiracy theories about the efforts of Norfolk Southern, Union Pacific and other freight trains to ruin Amtrak were tossed about at dinner. One of my companions rattled off a statistic of 7% on-time arrivals for Amtrak, a stat that I found highly suspect until I checked the Amtrak website  (11.5% on-time arrival for the California Zephyr in the month of September)

The second night of sleeping was surprisingly more comfortable than the first. I didn’t get a neck pillow but I did learn how to work the lower leg rest in the recliner. The morning leg was pleasant enough with another grit-based breakfast and a view of sunrise from the observation car. Not much in terms of scenery though as the landscape between Chicago and Denver looks like a stock image set on a loop.

On the coding front, I didn’t get much done. I spent most of the evening unsuccessfully trying to get a VPN client to work (Thanks, Yosemite).

Entrepreneur and Remote Work Coach After 11 years of going through the ups and downs of remote work, I can help you avoid the pitfalls and overcome the challenges. Let's make remote WORK for you @thecocoanomad View all posts by The Cocoa Nomad